Wuhan, the capital city of Hubei Province in central China. This is a routine port for a Yangtze River cruise. Divided by the Yangtze, Wuhan is known as the 'Three Towns of Wuhan' with Hankou and Hanyang on the west bank, and Wuchang on the east.

Wuhan currently comprises 13 districts. As of the Sixth Census(第六次全国人口普查) of China in 2010, the 13 districts comprised 160 township-level divisions including 156 sub districts, 3 towns, 1 township. 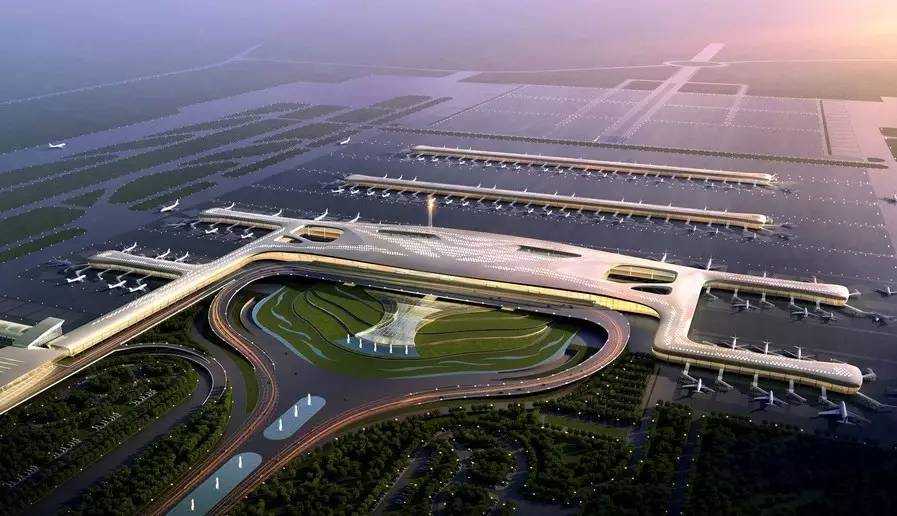 Wuhan is the main hub of the Chinese high-speed railway network: Wuhan is China's inland port:
• the shipping center in the middle reaches of the Yangtze River;
• the main rail and water transport hub designated by the Ministry of Transportation.;
• China's largest inland ship production base.

A long-term plan expects the Wuhan Metro to operate 25 lines, including 12 urban lines and 13 suburban lines, totaling a length of 1,045 kilometers. It will be one of the most expansive rail transit systems in the world. Trams were brought to the streets of Wuhan on July 28, 2017 with the first line (Auto-city T1 Line) opened that day. The trams in Wuhan are:
• Auto-city trams, with Lines T1, T2, T6, and T8 in the Wuhan Economic Development Area, in the far western reaches on Hanyang. T1 Line is operational as of 2017.
• Optics Valley trams, two lines (T1 and T2) south and east of Guanggu Circle (Guanggu Guangchang) in southeastern Wuchang. The system opened on January 18, 2018.
• The Old Hankou Streetcar, a loop line around Hankou city.

Public bus lines in Wuhan cover all the areas in Hankou, Wuchang and Hanyang Districts.

4.There are at least 13 universities in Wuhan setting Urban Planning major. 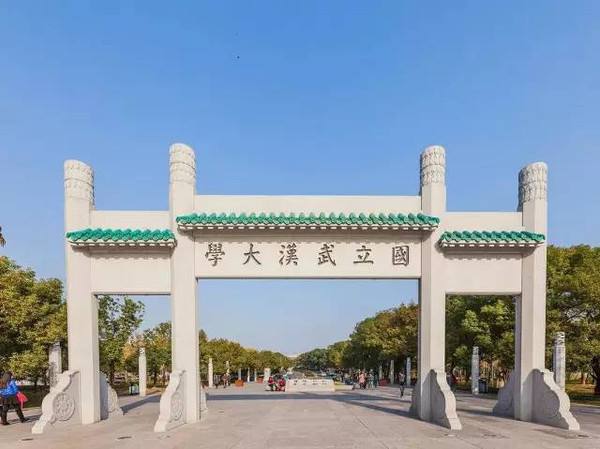 Wuhan is a city with both an ancient history and a thriving present. Historic relics excavated from ancient tombs tell the city's long history dating back 3,500 years. In the period of Pre-Qin (770 B.C. - 221 B.C.), it was the land of the State of Chu (one of the seven warring states before Qin, in the country's first feudal dynasty) and was the cradle of the brilliant Chu Civilization. Starting here, merchants followed the great Yangtze River and lake network to expand businesses throughout the entire country. In the Qing Dynasty (1644 - 1911), Hankou became one of the four best-known towns in the country. For centuries, Wuhan has been the center of trade and transportation in central China.

Wuhan is the place to find both history and natural wonders. Hubei Provincial Museum and Yellow Crane Tower are two places to appreciate ancient Chinese history and culture. In the museum, chimes excavated from tombs reveal the incredible achievements of ancient people in music, acoustics and metallurgy. The classic poems and inscriptions on the tower, (although unrecognizable to most Westerners) can inspire your spirit as you pretend to be a poet with a bird's-eye view of the river from the tower window. In addition, the famous Villa of Chairman Mao Zedong on the scenic bank of East Lake, Wuchang, is an ideal place for Westerns to learn more about him.

If you’re in Wuhan, an absolute must-see is the Yellow Crane Tower. Regarded as one of the Four Great Towers of China, the tower stands on the banks of the Yangtze River at the top of Snake Hill. It is incredibly beautiful and its cultural significance led to its being made the symbol of Wuhan city. It goes without saying that it is one of Hubei's most popular tourist attractions.

According to legend, Yellow Crane Tower was built by the family of an old pothouse owner living in Wuhan city long ago, named Old Xin. One day, a shabbily dressed Taoist priest came to the pothouse and asked for some wine. Old Xin paid no attention to him, but his son was very kind and gave the Taoist some wine without asking for money. The Taoist priest visited the pothouse regularly for half a year when one day the Taoist said to the son that in order to repay his kindness, he would like to draw a crane on the wall of the pothouse, which would dance at his request. When people in the city heard of this, they flocked to the pothouse to see the dancing crane. The Xin family soon became rich and they built the Yellow Crane Tower as a symbol of gratitude to the Taoist priest.

The tower that stands today is not the original building; it has a very long and complicated history. It was first built in 223, during the Three Kingdoms Period (220 - 280). Due to the ideal location, it was built by Sun Quan (182 - 252, King of Wu) as a watchtower for his army. After hundreds of years, its military function was gradually forgotten and the tower was enjoyed mainly as a picturesque location.

During the Tang Dynasty (618 - 907), many popular poems were written in praise of the Yellow Crane Tower. It was these poems that made the Tower so renowned and induced for people to visit. During the following centuries, it was destroyed and rebuilt several times. During the Ming (1368 - 1644) and Qing (1644 - 1911) Dynasties alone the tower was destroyed seven times and rebuilt seven times. In 1884, it was completely destroyed in a fire and was not rebuilt until 1981.

The tower had different architectural features in different dynasties. However the tower which stands today is based on the one designed during the Qing Dynasty. It stands 51.4 meters (about 168 feet) high and has five floors. The appearance of the tower is the same regardless of the direction it is viewed from. The roof is covered by 100,000 yellow glazed tiles. With yellow upturned eaves, each floor seems to have been designed to resemble a yellow crane spreading its wings to fly.

Around the main tower there are many other buildings, including the Sheng Xiang Pagoda and the temple gate. Each storey is decorated with traditional upturned eaves, but each one has a different style. The ground floor is a tall, wide hall. The midmost caisson ceiling stands over 10 meters high. On the front wall is a huge ceramic mural painting of a white cloud and a yellow crane. A pair of 7-meter-long inscribed tablets hang on the posts on both sides. The front wall of the second floor holds a marble inscription of Tang Dynasty poet Yan Baojin’s ‘Note on the Yellow Crane Tower’. On each side of it are mural paintings. One is ‘The Town that Sun Quan Built’. It describes the history of the Yellow Crane Tower and Wuchang town. The other is ‘Zhou Yu Made a Feast’, which tells the story of the Three Kingdoms celebrity’s visit to the tower.

Throughout history, poets, writers and artists have travelled to the tower for inspiration, including Cui Hao, Li Bai, Bai Juyi, Yang Shen and Zhang Juzheng. Cui Hao’s famous poem about the tower is said to be one of the greatest works in the Chinese poetic canon.

The Yellow Crane Tower offers visitors an abundance of things to see. The exhibit on each floor has a theme, for example, the theme of the first floor is about legend. On the wall, there is a nine-meter (about 30 feet) long and six-meter (about 20 feet) wide painted porcelain picture which depicts clouds, rivers and cranes to represent a romantic mood in the heaven. The third floor mainly shows poems written to praise the tower in different dynasties. On top of the tower, visitors are treated to a fabulous panoramic view of the Yangtze River, its bridge and the surrounding buildings in Wuhan city. Outside the tower, there are bronze yellow cranes, memorial gateways and pavilions.

It is the biggest scenery tourist attraction in Wuhan.

East Lake is located on the south bank of the Yangtze River and in the east suburb of Wuchang, Wuhan city. It is the biggest scenery tourist attraction in Wuhan and also the largest lake within a city in China. The lake covers an area of 87 square kilometers (33 square kilometers of water area), that is five times greater than the area of the West Lake in Hangzhou. Because of its winding banks and crisscrossing ponds and brooks, it is called 'a lake with 99 bays'.

Among the six scenic areas, Tingtao and Mo Hill scenic areas are the most two notable and are open to visitors.

The gate of East Lake opens to the Tingtao scenic area, featuring the rare sequoia especially elegant in late autumn. The Listening-to-the-Waves Tower (Tingtao Xuan), with its classic elegance, is one of the famous buildings in this area, along with Land of Water and Cloud (Shuiyun Xiang), which serves as a teahouse, and the Tingtao Inn of Wine, a restaurant offering local fish dishes.

On the north, the center of this area, is the Poetry-Reciting Pavilion (Xingyinge), built for memorizing works of Qu Yuan, the great patriotic poet of the State of Chu (one of the seven warring states before Qin (221–206 BC) in China's first feudal dynasty). Many exhibits about Qu Yuan are featured in this building including his great literary masterpieces. In addition, the first allegory sculpture park in China is here displaying wonderful sculpture and allegories.

Characterized by beautiful landscape, abundant plants, the customs of the State of Chu and unique gardens, the Mo Hill scenic area attracts many tourists. In this area, the Chu cultural theme park displays the Chu culture in China.