Extensive contacts with overseas institutions and colleagues are encouraged, which include:
• Sino –American Summer Design organized by SUD professors and their foreign counterparts;
• over 30 years’ cooperation with ITC and a number of other universities in the Netherlands in GIS and planning;
• joint research or staff/student exchanges with schools/firms in Britain, France, Italy, Germany, USA, Korea, Australia and New Zealand, as well as Taiwan and Hong Kong.

In recent years, SUD students have successfully won a number of nationally or internationally renowned prizes in architecture awarded by UIA, UNESCO, German institutions or Taiwan professional societies respectively, demonstrating a dynamic momentum of potential development in the profession.

Department of Urban and Rural Planning

Department of Urban and Rural Planning at SUD, combining the educational and research strengths in the area previously scattered in three separate universities, has had a history of more than 30 years. It is one of the most informatized urban and rural planning department in China.

SUD Urban and Rural Planning is widely regarded by its national colleagues as having pointed a new direction in the field with its long-time experience in the integration of GIS, remote sensing and computer technologies with planning operations.

The Department makes available to its students a full array of educational opportunities from BS, MS and PhD through to post-doctoral programs.

All of its 33 professors, associate professors and lecturers have overseas education experiences, and 29 of them hold doctoral degrees.

Wuhan University (WHU) is a comprehensive and key national university directly under the administration of the Ministry of Education. It is also one of the "211 Project" and "985 Project"universities with full support in the construction and development from the central and local government of China.

The history of Wuhan University can be traced back to Ziqiang Institute, which was founded in 1893 by Zhang Zhidong, the then governor of Hubei Province and Hunan Province in the late Qing Dynasty. In the process of development and evolution, the institute changed its name several times before it was finally named Wuhan National University in 1928. It is one of the earliest comprehensive national universities in modern China. By the end of 1946, the university had established 6 colleges, the colleges of liberal art, law, sciences, engineering, agriculture and medicine. In 2000, an amalgamation of the former Wuhan University, Wuhan University of Hydraulic and Electric Engineering, Wuhan Technical University of Surveying and Mapping, and Hubei Medical University was announced, which ushered in a new era in its 100-odd years of development.

Wuhan University is surrounded by the East Lake, sitting on the Luojia Mountain. The campus has a beautiful environment and picturesque scenery. It is known as “the most beautiful university in China”. The school covers an area of 5,195 acres and a building area of 2.66 million square meters. The palace-style buildings in the combination of Chinese and Western styles are simple and elegant, and the 26 early buildings are listed as “National Key Cultural Relics Protection Units”.

For the past century, Wuhan University has built an elegant palatial architectural complex of primitive simplicity which blends perfectly the eastern architectural style with that of the west. It is honored as the "Most Beautiful University in China." Furthermore, Wuhan University's centennial humanistic accumulation boils down to its succinct motto, that is, "Self-improvement, Perseverance, Truth-seeking & Innovation."

Since its establishment, Wuhan University has cultivated more than 300 thousand professional talents in various occupations, among whom there are over 100 members of the Chinese Academy of Science and the Chinese Academy of Engineering. They have made great contribution to the national construction and social advancement. The remarkable achievements of Wuhan University have won itself an extensive international reputation. In 1999, the world renowned journalSciencelisted Wuhan University as one of the most prominent institutions of higher education in China.

Burgeoning are the international exchanges and cooperation of Wuhan University in recent years. It has established cooperative relationship with more than 415 universities and research institutes in over 45 countries and regions.

Now Wuhan University is endeavoring to shape itself into a world-class comprehensive research university domestically and internationally. 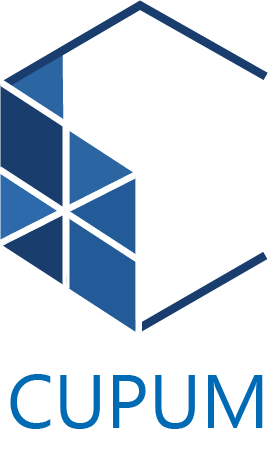