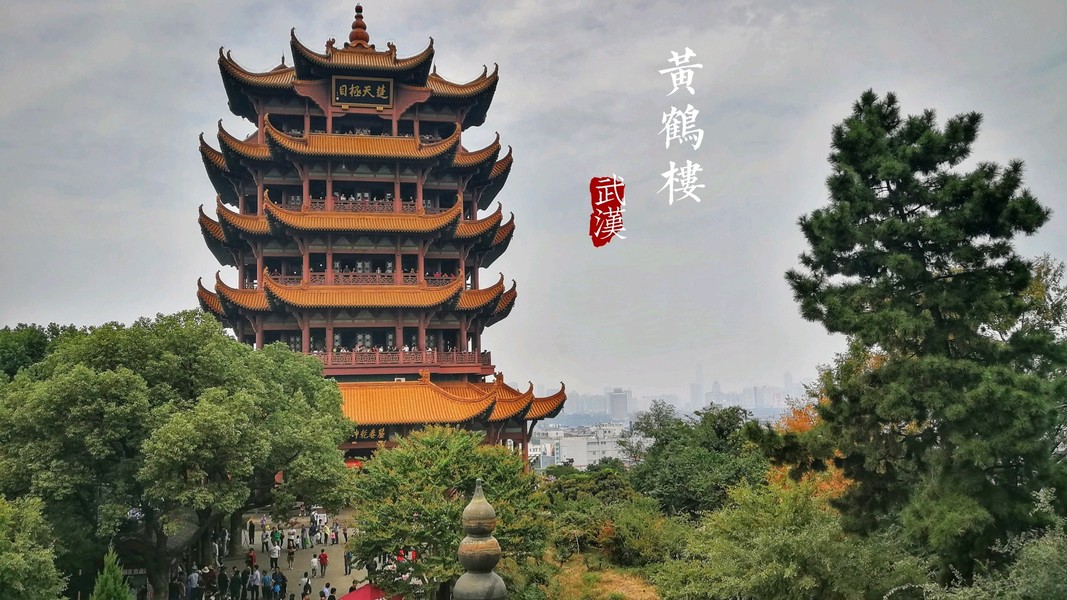 Yellow Crane Tower (黄鹤楼) is a traditional Chinese tower located in Wuchang District, Wuhan. It was first built in 223 AD by Sun Quan in the era of Three Kingdoms for military defensive purposes. Gradually, it had become a famous tourist destination by the Tang Dynasty, attracting countless poets and men of literature who left many classic works universally praised, among which Cui Hao’s lament that “Old friend has left riding on a yellow crane, and the tower is all that remains” became the most iconic.
[Official Website]  http://www.cnhhl.com/ 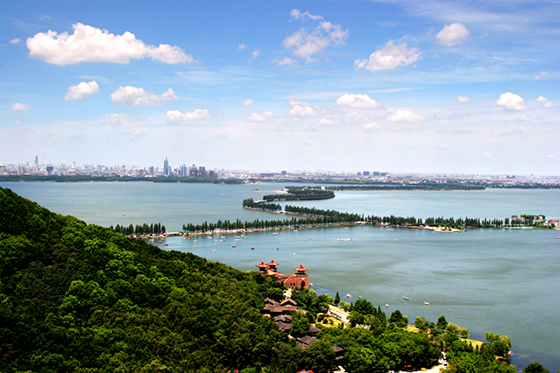 East Lake (东湖) is the most famous lake in Wuhan, and the largest urban lake in China, covering an area of 88 km2 (33 km2 of water area). It is one of the 5A (the best grade) tourist zones of China, and attracts over million people yearly. The scenic spot includes four areas, Ting Tao, Mo Shan, Luo Yan Island and Museum of Hubei Province. Hubei Provincial Museum (湖北省博物馆) is one of the best-known museums in China, with a huge collection of State-level historic and cultural relics. Established in 1953, the museum is located in the Wuchang District of Wuhan, Hubei Province, not far from the west shore of East Lake. It has a collection of over 200,000 objects, including an ancient set of bronze bells (Bianzhong) and extensive artifacts from the Tomb of Marquis Yi of Zeng.

The sword of Goujian was made in Late Spring and Autumn Period. Unearthed from Jiangling Wangshan No. 1 Tomb in Hubei in 1965. Length: 55.7cm, Width: 4.6cm. The blade of the sword is ribbed and decorated with black diamond pattern. Close to the hilt is the bird seal inscriptions —— Sword of Goujian, King of Yue. The front side of the blade is set with blue glaze while the reverse side is set with turquoise.
[Official Website]  http://www.hbww.org/home/Index.aspx

Location of Attractions Above 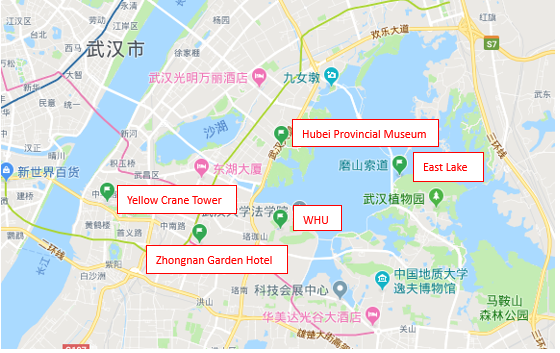 Other Attractions in Hubei Province
(Outside Wuhan) The Wudang Mountain (武当山) is one of the world cultural heritage sites announced by the United Nations. It is located in Shiyan City, northern Hubei Province. It is a majestic mountain, facing the Danjiangkou Reservoir and backed by Shennongjia Forest. There are 72 peaks, and the height of its Tianzhu Peak is 1612 meters. It is the holiest shrine of Daoism and the birthplace of Taichi martial art.
※ ~450 km away from Wuhan.
[Official Website]  http://www.wdsjq.com/ 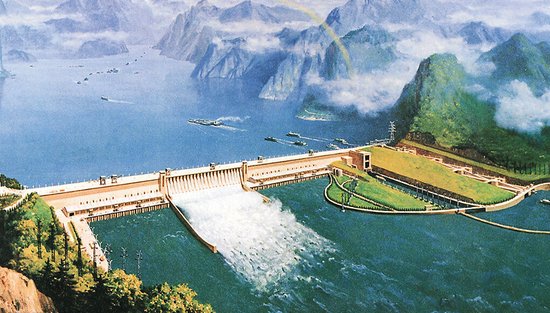 The Three Gorge Dam（三峡大坝） is a hydroelectric gravity dam that spans the Yangtze River in Yichang, Hubei. It is the largest power station in terms of installed capacity (22,500 MW) in the world. Its dam is 185 meters high with a reservoir perimeter of more than 600 km.
※ ~390 km away from Wuhan. 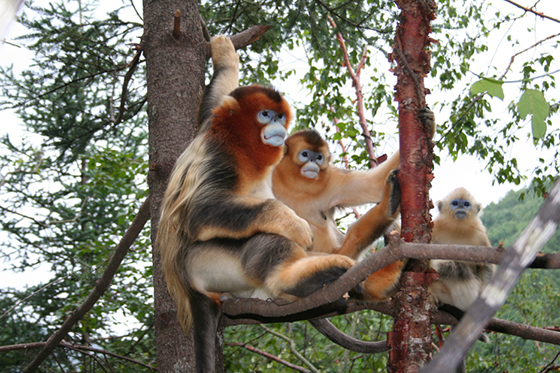 Shennongjia Forestry District (神农架林区) is a national forestry protection zone located in northwestern Hubei. Hubei Shennongjia was selected as a World Heritage Site.  It is the only intact subtropical forest ecosystem in the innner land of the mid-latitude region in the northern hemisphere.
※ ~500 km away from Wuhan.

Enshi Grand Canyon (恩施大峡谷) is located in Enshi Tujia and Miao Autonomous Prefecture, Hubei. It is selected as one of 40 most beautiful scenic spots in China recently by CNN. ''As far as spectacular is concerned, this one is as marvelous as the Colorado Grand Canyon of the USA. However, it is matchless in terms of beauty." Western tourist speaks highly of the canyon's clean water, marvelous waterfalls and peaks.
※ ~525 km away from Wuhan.
[Official Website]  http://www.esdaxiagu.com