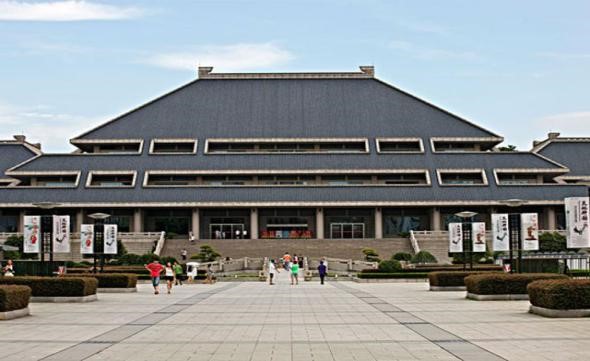 It records the long history of Chu culture and gathers a large number of Chu culture treasures. It is also an ancient musical instrument exhibition hall with a large scale, complete categories and complete functions in China. 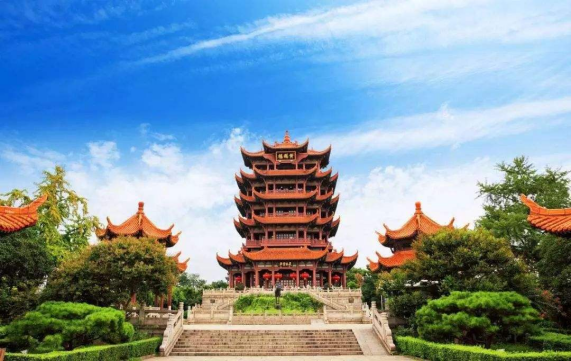 Located on the south bank of the Yangtze River in Wuhan, Hubei Province, it is a 5A-level tourist scenic spot. It enjoys the title of “the world's Jiangshanlou” and “the world's superb scenery”. The building is also known as the “Three Famous Buildings in Jiangnan” with Yueyang Tower in Hunan and Tengwang Pavilion in Nanchang, Jiangxi.

It is one of the main scenic areas of Wudangshan Mountain . It was firstly built in 1412 during Ming Dynasty and has been refurbished in Qing Dynasty in the 17th century. It is also named Fuzhenguan Monastery, built in a mountain slope of 60 degrees on Leon Peak of Wudangshan and has created an architectural wonder by borrowing the natural scenery. It has waterfalls on the left and 18-turn plank road on the right. Look from afar, it looks like a flower; when get closer, it looks like a magnificent city. The main scenic spots include Huilongguan Monastery, Chunyang Monastery, Laojuntang, Baxianguan,etc. 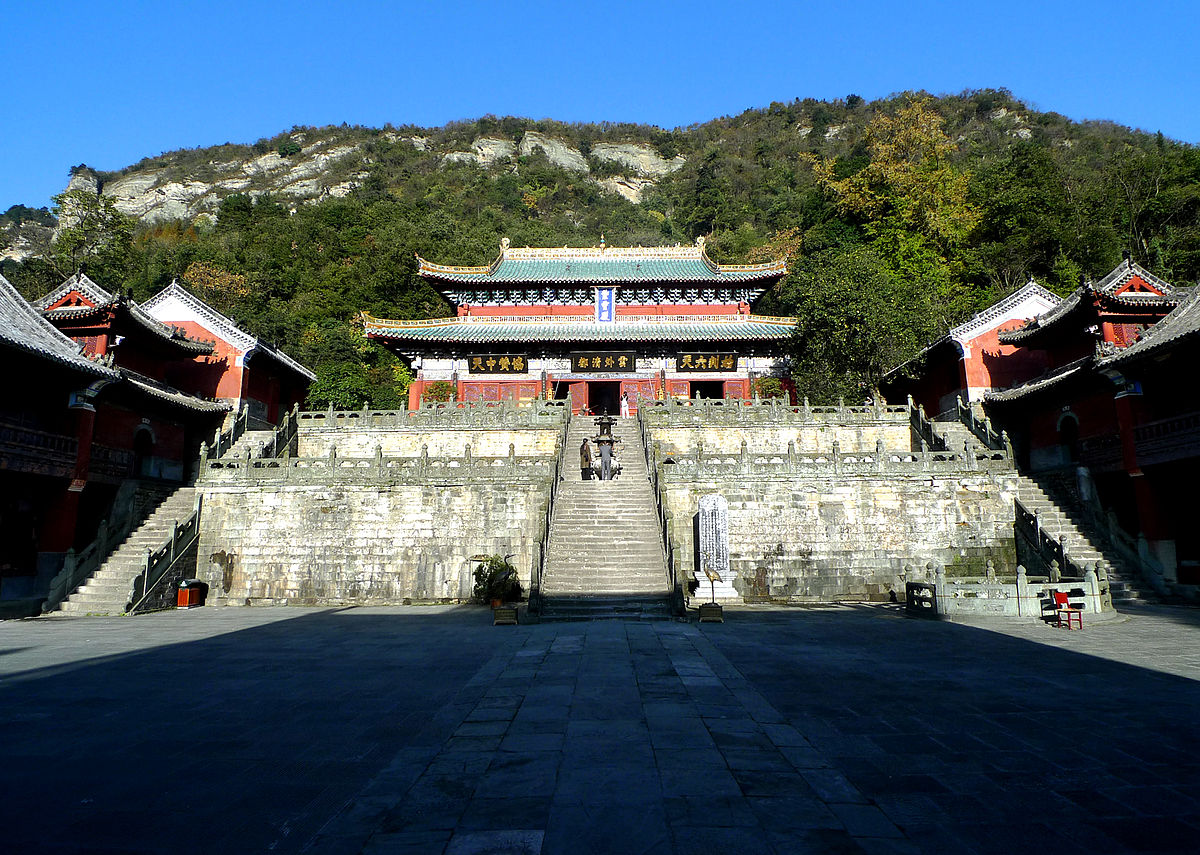 First built in the eleventh year (1413) of the Yongle reign of the Ming Dynasty (1368-1644), the Zixiao Palace is one of the ancient palace complexes well preserved in Wudang Mountain. Inside the Dongtian Gate of the Zixiao Palace, there are the Lonhu Hall, the Xunbei Pavilion, the Shifang Hall, the Zixiao Hall and the Fumu Hall in succession. Layer upon layer, all these halls were built according to the terrain of the mountain. Other halls and pavilions are arranged in a compact order, with the East Palace and the West Palace standing on both sides, forming a quiet and elegant yard. Setting off the best in each other, the erect pines and cypresses around, lush bamboos and flowers make the ancient buildings noble and beautiful. 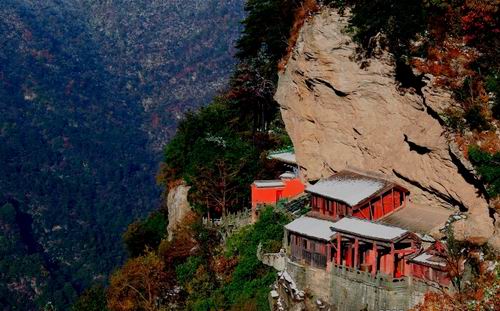 Perching on the South Cliff, Nanyan Temple (Nanyan gong) is known as the place where Emperor Zhen Wu found Taoism and flew to heaven. The whole structure - hall-pillars, beams, arches, gates and windows - is created out of rock. Nanyan Temple is considered the most spectacular of Wudangshan's three famous temples, the other two being the Purple Cloud Temple (Zixiao gong) and the Golden Hall (Jindian). The temple was officially appointed an Important Relic Preserving Unit in 1996. 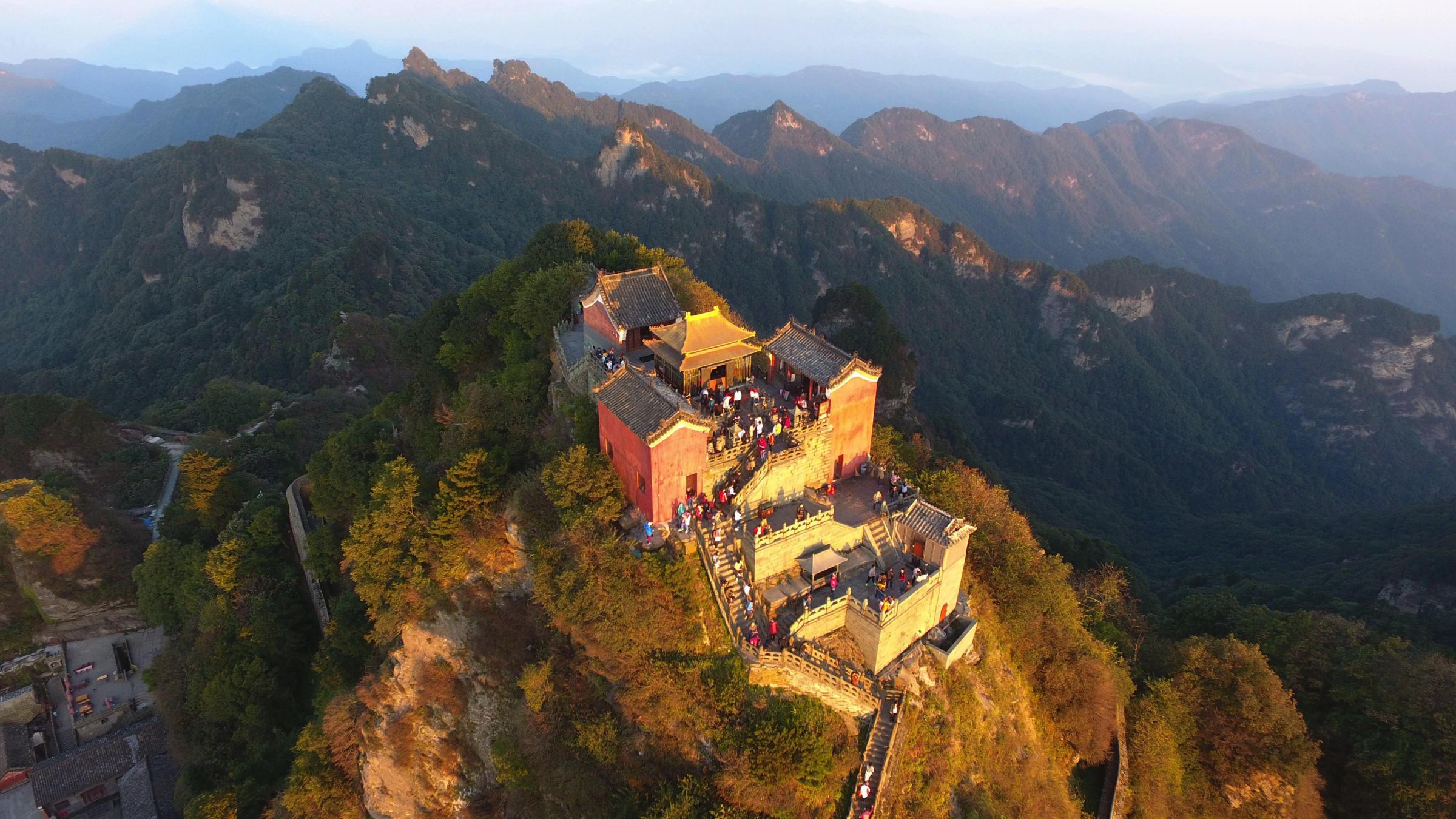 The Golden Palace of on the top of Heavenly Pillar Peak is the essence and symbol of Wudang Mountain, the sign of Wudang Taoism coming to the highest peak under the support of the imperial families. Standing in front of Golden Palace, you can have a panoramic view of the beautiful scene of Wudang Mountain, as far as 400 kilometers away. All the peaks are stopping at the static moment, just like raged waves, which wonderfully advertises the holy prestige and lofty imperial power. Meanwhile, you can also view many fantastic natural astronomical phenomena and learn many widespread fairy tales.